Copenhagen Update: From Green to REDD

“We do not have another year to deliberate, nature does not negotiate.” -Ban Ki-moon, UN Secretary General

The pessimism in Copenhagen is growing as rifts between nations solidify. As the world watches and thousands continue to protest demanding action, the prospect of a binding treaty diminishes, seemingly by the minute. Rich nations want poorer nations to commit to verifiable and enforceable emissions reductions – a clause that developing nations are reluctant to agree to and is a provision that has not been included in other climate negotiation such as Kyoto and Bali. Developing nations may be more likely to act if the developed nations such as the United States, the world’s leader in per capita carbon emissions, committed to binding emissions reductions targets first. But the US as of now refuses to commit to an international treaty until a bill is passed in Congress. Though I am remiss to trivialize the fate of our climate to this, it appears as though we are in the midst of a great global stare down. 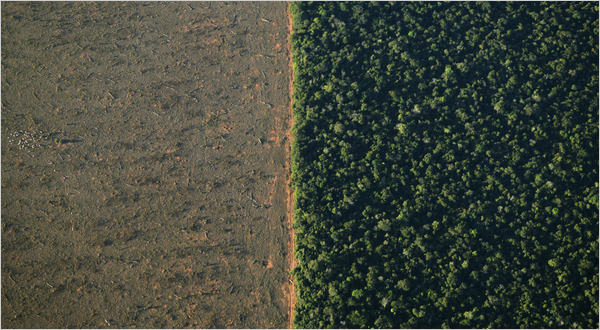 But there is hope of real progress coming out of Copenhagen in relation to how the world deals with biological carbon sequestration and trees. Deforestation currently accounts for over 20% of global carbon emissions. Preserving and managing forests can help to significantly cut carbon emissions and potentially help buy the world some time as we figure out how to actually reduce emissions from their dirty sources. A report from the New York Times states:

A final draft of the agreement for the compensation program, called Reducing Emissions From Deforestation and Forest Degradation, or REDD, is to be given on Wednesday to ministers of the nearly 200 countries represented here to hammer out a framework for a global climate treaty. Negotiators and other participants said that though some details remained to be worked out, all major points of disagreement — how to address the rights of indigenous people living on forest land and what is defined as forest, for example — had been resolved through compromise.

Though we all want comprehensive and binding agreements to come out of Copenhagen, that may not be in the cards this year. But through the proper management of our forests we can reduce emissions now as well as preserve biodiversity, improve local environments and support local communities. Laying the groundwork for the reductions of more than 20% of global emissions would be no small accomplishment – lets hope that, at a minimum that victory will be the legacy of Copenhagen. Want to support forest based projects that are reducing emissions today? Click here for more info.