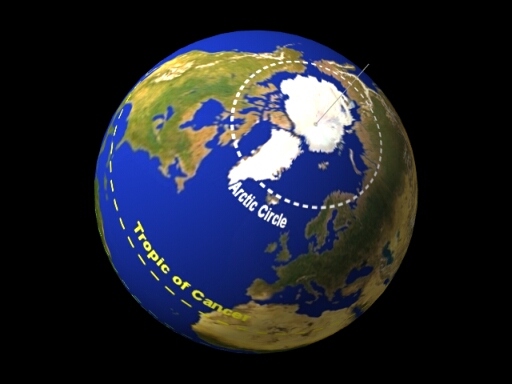 Warmer waters in the Arctic are causing methane releases from the ocean that have, until now, been very well stored. New research from the University of Alaska, Fairbanks is indicating that from an area west of the Bering Strait, plumes of methane can be observed rising from what was once permafrost. While researchers aren’t making snap judgments about what this implies for the Earth’s climate, the potential impacts could be huge. Methane is a greenhouse gas that is not as abundant in the atmosphere as carbon dioxide, but has a warming effect about 23 times greater than CO2. Concentrations of methane have roughly doubled since pre-industrial times – most of these increases have come from human sources – and there appears to be no slowing of these emissions. One of the scarier things about climate change is that changes in temperature can have far-reaching effects. Scientifically, this is commonly referred to as feedback. If increased CO2 causes temperatures to rise and warm arctic waters such that stored methane is released, and that methane in turn warms the planet more causing more methane to be released – it’s an example of feedback. Given the risks and effects – such as rising sea levels, floods, heat waves and spread of diseases are serious – it makes sense for all of us to take action on climate change. Remember to calculate, reduce and offset your carbon footprint today. For example, check out Carbonfund.org’s carbon calculators and third-party validated carbon reduction projects to offset your footprint by clicking here.